Animated Film Characters on The Hollywood Walk of Fame

Classic Cartoon Film, Television and Book Characters with Stars on the Walk of Fame ....

Consider the stars in Hollywood Walk of Fame. As of the writing of this page the only 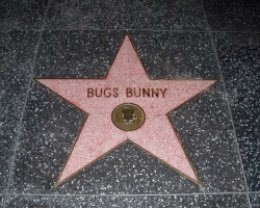 With the recent releases of Snow White inspired feature films Mirror Mirror with Julia Roberts and Snow White and the Huntsman with Kristen Stewart and Charlize Theron, will Snow White and movie-inspired costumes be hot this Halloween? Through it all, Princesses will always be very popular costumes for young and old. Make the costumes your own. Learn the stories, the backstories.

I have a separate page, currently being updated celebrating the animals with stars on the Walk of Fame. That page also talks about other animal characters with stars featured on another page. Those stars belong to famous dogs, Rin Tin Tin, Strongheart and Lassie. Also included on that page are Godzilla and Muppets Kermit the Frog and Big Bird.

These aren't best known as being animated though they may be seen on film or TV in animated form sometimes. The characters are Godzilla, Kermit the Frog and Big Bird.

One Walk of Fame star is inscribed Charlie Tuna. This is in honor of the long-time radio personality, whose real name is Art Ferguson, not the animated advertising mascot.
[image from Wikipedia] 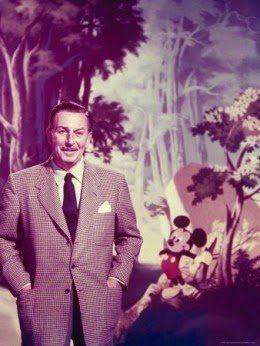 In late 2009, The Walt Disney Company announced that they will begin to re-brand the Mickey Mouse character by moving away from his pleasant, cheerful image and reintroducing the mischievous and cunning side of his personality.
[Read the entire Wikipedia article]

Walt Disney posing against landscape backdrop containing Mickey Mouse;
Choose size, type of paper, framed or unframed, if you're a fan of vintage Hollywood, classic films and animation, you'll appreciate this man and his legacy.
Find other nostalgic and official Disney images of Walt Disney and Mickey Mouse
Buy posters to make your workspace, your office magical and child friendly.


Annie Lennox performances, costumes - Icons Medusa, in 1995 was Annie Lennox's second solo album. She earned a Grammy for Best Female Pop Vocal Performance for the single No More I Love You's. She sported mouse ears in the video Waiting in Vain and at the awards show. -- some info from Style.com  She appeared on The David Letterman Show.

In 1978, in honor of his 50th anniversary, Mickey Mouse became the first animated character to receive a star on the Walk of Fame. 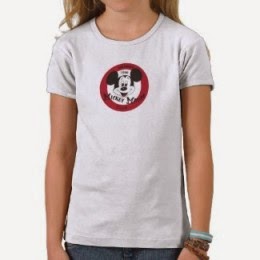 Customize: Choose size and style, add the date of your trip? Your family name? Find each other in line, in the crowd, stand proud in the photos and videos! People will ask where you got the shirts.


Going on a Disney Cruise?

Mickey Mouse Steamboat Captain T-shirt
These shirts are available in styles galore, as sweatshirts, tees and tank tops for kids, tweens and adults.

Add your name, text or photos. Say something like "Smith Family Disney Cruise 2012" on the front and put a family photo on the back? You get personalized a Disney Cruise shirt. Be sure to check out volume pricing for the best deals.
Mickey Mouse Day is November 18th. Some celebrate Mickey Mouse's Birthday on this day!

Steamboat Willie was first released on November 18, 1928 in New York. It was co-directed by Walt Disney and Ub Iwerks, and was also the first cartoon 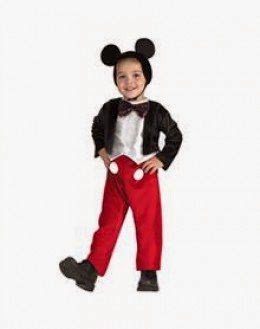 Minnie Mouse Tutu Costume:
Do you have a red tutu and a black leotard? With Minnie Mouse ears (DIY or store-bought) you can have a Minnie ballerina or home made costume fast. This tutu makes for a perfect costume! Attach white polka dots, felt or construction paper to the tutu. A mouse tail on the back is a fun touch! Make the dots and tail permanent or temporary -- it's your costume! The Minnie Mouse ears: hair band with a bow and mouse ears. Add face make up?

Snow White (in German Schneewittchen) is a fairy tale known from many countries in Europe, the best known version being the German one collected by the Brothers Grimm.

In the Aarne-Thompson folklore classification, tales of this kind are grouped together as type 709, Snow White. Others of this kind include Bella Venezia, Myrsina, Nourie Hadig, The Young Slave and Gold-Tree and Silver-Tree. "The Jealous Sisters" is another Albanian fairy tale. In both fairy tales the death is caused by a ring.

Snow White and the Seven Dwarfs 1937. It was the first full-length animated feature, filmed in Technicolor. A Smile and a Song.


The opening of the 1978 film Grease does a take-off on the animated Disney film, Snow White when it introduces the Olivia Newton John character of Sandy.

In the many non-German versions, the dwarfs are generally robbers, while the magic mirror is a dialog with the sun or moon. In a version from Albania, collected by Johann Georg von Hahn, the main character lives with 40 dragons. Her sleep is caused by a ring. The beginning of the story has a twist, in that a teacher urges the heroine to kill her evil stepmother so that she would take her place. The origin of this tale is debated; it is likely no older than the Middle Ages. In fact there are possibly two Albanian versions of Snow White: one where her stepmother tries to kill her, and another where her two jealous sisters try to kill her.
[Wikipedia] 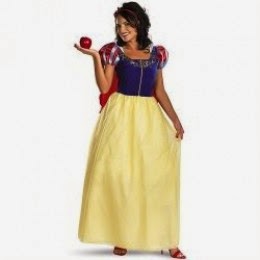 Remember Snow White Dwarfs Names?
Which is your favorite Dwarf? Which is most like you?

This Noble King Adult Costume Medieval Renaissance Royalty looks like Prince Charming in Snow White. It's hard to find the costume that looks like her prince who we know from the movie.
So you can have the ultimate couples costume, Snow White and Prince Charming

Looking forward to a costume contest this year? If you're considering being part of one of the the very hot couples costume, how about Snow White and Prince Charming? This is a perfect choice for your guy.
4 1/2 star customer ratings
Costume Includes: Tunic with attached sleeves and gauntlets, detailed printed emblem, fur-trimmed cape with medallion, boot covers, vinyl crown and belt.

** Always double check on costume appearance, sizes, what is included, etc. Image does not necessarily represent exact costume and item may be enhanced last updated.
Packaged in a full length zippered garment bag with color photo insert.
Pants and shoes not included.

Find Deluxe Queen Ravenna Tween Costume, Costumes for men and women, Props, Wigs Check for sales! Some costumes are selling out, some discounted.

Costume wigs are very budget-friendly and the materials used and the quality can vary. The Queen Ravenna Adult Wig has received some of the best customer reviews that I've seen of any mass produced retail costume wig.

Costume wigs aren't made with the quality those sold for everyday wear and definitely not custom made wigs. This wig may be worn with our without the crown and the style is just right for other characters.
Remember a wig cap (sold separately) to hold in your own hair

I like these costumes because they may also be used for other characters, for instance for Good & Evil or the Black and White costume party.

The Queen Ravenna Finger Cuffs: Each finger cuff features a trio of ring bands connected by a delicate chain with an attached sculpted claw design that covers your fingernail. Includes two finger cuffs. Your favorite of the two-finger, full finger rings or knuckle rings, many hinged for comfort would work well for this effect and you could wear them after the party.

Related but not part of the Snow White Line...


Nail Ring Fashion Jewelry PUNK Crystal Finger Tip 5pcs/lot
Five star reviews from customers
Large; Other styles are available, buy the size and style that would fit well on your hands, or if buying for a gift, the hands of the person receiving them. Crystal & Metal Alloy

Customer comment excerpts:
"This product is an eye catcher! I've worn them for about a week and have gotten Nothing but complements!!"

"The nails are lighter than the picture, more like a grey-black than black."

When choosing Snow White costumes, consider the Gothic Snow White and Dark Snow White Costumes especially if you have tweens or teens in mind. Choose a poisoned apple prop for your wicked little chef to go with the Annoying Orange.

April 30, 1938 is said to be the real start of the Bugs Bunny that we know today.
A rabbit with some of the personality of Bugs, though looking very different, first appears in the cartoon short Porky's Hare Hunt, released on April 30, 1938. It was co-directed by Ben "Bugs" Hardaway and an uncredited Cal Dalton (who was responsible for the initial design of the rabbit).

A Wild Hare, directed by Tex Avery and released on July 27, 1940, is widely considered to be the first official Bugs Bunny cartoon. It is the first short where both Elmer Fudd and Bugs are shown in their fully developed forms as hunter and tormentor, respectively; the first in which Mel Blanc uses what would become Bugs' standard voice; and the first in which Bugs uses his catchphrase, "What's up, Doc?"

Bugs Bunny is an American fictional character who starred in the Looney Tunes and Merrie Melodies series of animated films produced by Leon Schlesinger Productions, which became Warner Bros. Cartoons in 1944. In 2002, he was named by TV Guide as the best cartoon character of all time. Bugs starred in 163 shorts in the Golden Age of American animation, and made cameos in three others along with a few appearances in non-animated films.
-- Wikipedia information on Bugs Bunny

Voices behind Bugs Bunny: When Mel Blanc died in 1989, Jeff Bergman, Joe Alaskey and Billy West, among others, became the new voices of Bugs Bunny and the rest of the Looney Tunes. Here are a few facts on each of these men.
On or around July 30, 2010 Bugs Bunny turned 70 years old!


Did you see Bugs Bunny at the Symphony II August 1-2, 2013?? If you missed it in 2013, check back next summer for this and other symphonies' offerings. You never know what you might find! Look for the summer of 2014!

Created and conducted by Emmy Award-winner George Daugherty, Bugs Bunny at the Symphony II combines the magic of the symphony with the fun of cartoons, featuring famous Looney Tunes shorts, such as What's Opera, Doc? and The Rabbit of Seville.

This show is excellent for all ages, and is an utterly delightful way to introduce anyone to the symphony!"-The Flash List Wolf Trap Opera Company.
Part of their Summer Season Schedule, Filene Center Vienna, Virginia.

His catchphrase is a casual "Eh...what's up, doc?" usually said while chewing a carrot.

Bugs Bunny received an Oscar nomination for Hiawatha's Rabbit Hunt (1942).
Bugs Bunny got his star on the Walk of Fame in the summer of 2006.

**  Next Installments, see links above: Tinker Bell,  Donald Duck, Winnie the Pooh, Woody Woodpecker, Shrek, The Simpsons and The Rugrats will follow. Links will be added.