AFI 50 Greatest Film Villains
How would your list compare?


Characteristics of a Villain:
The American Film Institute's 100 Greatest Heroes and Villains List, their top 50 movie heroes and 50 top movie villains movie list. Above is the definition of a villain used in creating their list.

The list, as all of their lists is "meant to spark a national discussion of America's film history among movie lovers across the nation." Here I'll talk a little about the list of Villains and villains in general.

Other Criteria considered by jurors while making their selections:

Cultural Impact: Characters who have a made a mark on American society in matters of style and substance. 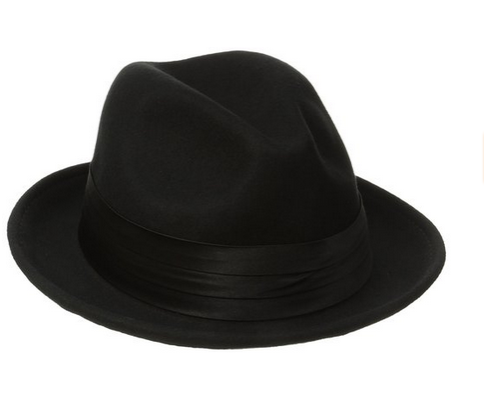 In The Godfather, Vito Corleone,
played by both Robert De Niro and Marlon Brando, sported a black fedora hat. The young Vito Corleone 'graduated' from a cloth cap to the fedora once he gained money and power.

Edward G. Robinson wore a Homburg in Little Caesar back in 1933.

The Corleone style, that of Bonnie and Clyde and others made an impact on society.

The voting jury is described on other famous AFI lists as "Leaders from the creative community, including film artists, critics and historians."

There were 400 nominated screen characters, 200 villains and 200 heroes from which the 50 of each on the final lists were chosen.

Vague Spoiler, What happens in the end:
At least 20 or 25 of the villains on this list are dead or otherwise destroyed by the end of their respective movies. They may be shot, crushed, burned, stabbed, dismantled or fall apart. They may freeze to death, be blown up or melt when a bucket of water is thrown upon them. Maybe they fall into a vat of molasses. The audience wants to see villains get what's coming to them.

Add to that an assortment who are arrested or jailed, replaced or left all alone. Some of the villains get sequels. Some, such as Darth Vader and Michael Corleone are on the list specifically noted in sequels.

Who are the Villains:
Parents, children, preachers, doctors and nurses
An actual animal and a Vampire who turns into a bat
An alien, martians
Machines, etc programmed, created by humans
Megalomaniacs, psychopaths, sociopaths
Those who went after power, love, money and fame
One possessed by the devil
At least one villain who is never shown on screen
Those who would claim to be just following orders
Those who are just plain evil
Finally, the list includes all of us. The #20 villain is Man from the 1949 animated film Bambi.

Numbers 11-20 have some of what I've found to be the most controversial or conversational villains on the list. Michael Corleone, 2001: A Space Odyssey computer character HAL 9000, The Shark from Jaws and Man from Bambi.

When Bambi came out in 1942, the film was praised for its content and its look. Here's how one review mentioned its villain.

The list was published in 2003. That year a three-hour TV special AFI's 100 Years...100 Heroes & Villains was hosted by Arnold Schwarzenegger, who earned both a hero and villain honor for his portrayal of the same character, The Terminator.

* 14 of the 50 are female/villainesses. One more is the female half of a villainous team. Of the Top Ten Villains on the list, six of them are female villainesses.


* Biographical Characters:
Four, five if you count them individually
Amon Goeth  1993 Schindler's List #15
Captain Bligh 1935/1962 Mutiny on the Bounty  #19
Clyde Barrow & Bonnie Parker 1967  Bonnie and Clyde  #32
Joan Crawford 1981 Mommie Dearest #41
All are fictionalized to some extent. This doesn't count others based on real people, real stories.


* Actors appearing on the list more than once:
Actress Faye Dunaway plays both Bonnie Parker and Joan Crawford. She is one of the handful of actors who appears on villain list twice. Others are Robert De Niro, James Cagney, Bette Davis, Glenn Close and Robert Mitchum.

While Lansbury's character in The Manchurian Candidate is often referred to as Mrs. Iselin, her first name is Eleanor. The first name of one villainess, Mrs. Danvers from the film Rebecca, is never divulged.


* Roles played by more than one actor:
Some villains were portrayed by more than one actor in films of different years. The list is unclear about which, if either, they mean. Other times, they're specific. So #19 Captain Bligh in Mutiny on the Bounty, may be the 1935 film with Charles Laughton in the role or the 1962 version with Trevor Howard. There are differences apparently in which film is more true to the reality of the character his story.

101 Dalmatians, Cruella De Ville #39. There is a 1996 live action film with Glenn Close in the role, but also a 1961 animated version with Betty Lou Gerson voicing the character. With Cape Fear #28, it may be Robert De Niro's role or Max Cady in the 1991 film or Robert Mitchum in the 1962 movie. In the case of The Joker #45 Batman the first actor to be in the first film is Cesar Romero in the 1966 Batman movie.

Anne Baxter talks about the character of Eve Harrington #23 in All About Eve.
Reportedly producer Darryl Zanuck wanted to hire Jeanne Crain for the role of Eve Harrington, but director and screenwriter Joseph L. Mankiewicz said that Anne Baxter possessed the 'bitch virtuosity' required for the part.

Along these same lines, Villain #3 is Darth Vader in The Empire Strikes Back. James Earl Jones provides the voice and David Prowse is the physical incarnation of the character we see on screen.

However, with movies such as Dracula, Scarface and Bonnie and Clyde, it's clear which actors, which films they had in mind.

For Michael Corleone #11, The Godfather Part 2 is specified in The Godfather Trilogy. This is the film where we see the his rise to power but also we see the character as a baby and a young boy.

* Won Academy Awards for their portrayals of the characters:
Kathy Bates as Annie Wilkes 1990 Misery #17
Louise Fletcher as Nurse Ratched 1975 One Flew Over the Cuckoo's Nest #5
Others were nominated.


The Godfather, Marlon Brando, talks to his son Michael Corleone, Al Pacino #11. "I never wanted this for you."

There are three specifically Italian characters and Lugosi set a standard for a vampire's speech pattern (his Hungarian accent) that we'd hear again. Lugosi wasn't comfortable with the English language at the time and was said to have been reading his lines phonetically.

* Which type of villain is more frightening?
One immediately physically identifiable as a villain, one you recognize from a film you probably saw in your childhood?

Or a villain who's not only attractive but looks like someone we could meet today? A person and a situation that we could encounter in our own lives?

As a matter of fact, Margaret Hamilton plays two roles in The Wizard of Oz, a character who frightens Dorothy in real life and then the Wicked Witch in the Land of Oz.

* Genres of films
There doesn't seem to be an overriding number of any one genre of films represented. No larger number of horror, science fiction, thriller, animated, gangster, etc. movies on the list. This may be because of the way movies are being more narrowly defined these days.

* Their Dirty Deeds and Physical Appearance
While greed and power are may be what drives many of these villains, some manage to get through a movie without blood on their hands. How are people changed by the introduction of things like money, passion, fame, drugs, childhood and psychological issues?

Villains may be charming and attractive or they may be hideous. They could be given a feature innocuous as eyeglasses or for some reason a prosthetic hand. They may have a scar meant to be frightening or a malady meant to be somehow comical. Further example of their being 'foreign.' Freddy Kreuger #40 and The Joker #45 share the comic book trope of being disfigured from accidents and moving on to evil deeds.

Lionel Barrymore, the actor was actually in a wheelchair at the time he played Mr. Potter. The chair was not a trait created for the character.

Along with his psychological issues, Cagney's character Cody Jarrett in White Heat #26 suffers from debilitating headaches.

Are people rewarded for bad behavior, glamorized? How many costumes are there devoted to exciting bad guys and gals vs the good guys?


AFI's 100 Greatest Movie Quotes of All Time list includes quotes from some of the villains on the list. The quote by #24, Gordon Gekko seems especially appropriate.
If you're interested, the movie quotes list only includes talking/sound films and it does not include song lyrics. It begins with films of 1929.
Other quotes chosen:
1 "Frankly my dear, I don't give a damn." Rhett Butler (not on villains list :) )
2 "I'm gonna make him an offer he can't refuse." The Godfather
10 "You talking to me?" Travis Bickle
37 "I'll be back." The Terminator
56 "A boy's best friend is his mother." Norman Bates
58 "Keep your friends close, but your enemies closer." Michael Corleone
73 "Mother of mercy is this the end of Rico?" Little Caesar
99 "I'll get you, my pretty, and your little dog, too!" The Wicked Witch of the West 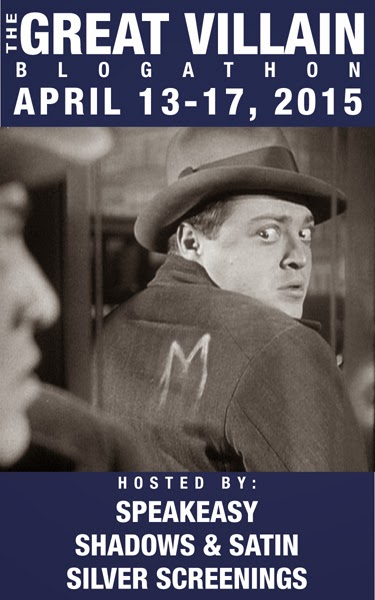 Find out more about The American Film Institute, AFI

Streaming Movies & TV Shipping Discounts and more - Watch Over 40,000 Movies, HBO shows & specials, Wide selection of new/old movies, foreign films and documentaries compared to other streaming video sites and the yearly price is about the same.

The Silence Of The Lambs Anthony Hopkins Poster

Louise Fletcher One Flew Over The Cuckoo's Nest Photo

De Niro was in Cape Fear and Taxi Driver. He was also in The Godfather, Part 2 for which Al Pacino made the list in his portrayal of Michael Corleone.

Wicked Witch of the West

Please note: Some images may not be of actors' as characters on list and may not be from films discussed.
Posted by ImagineMDD at 8:15 AM